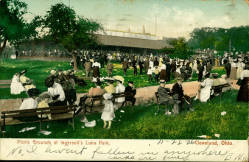 Primary sources are the foundation of humanities scholars research. Different than harder science data, theses primary sources are diverse in format.  Broadly speaking primary sources are items that are directly associated with their producer or user (consumer) and the time period in which they were created. Primary sources can be printed (such as books written in the 18th century or newspapers or a published novel), can be manuscripts (such as diaries), public or official records (such as laws or treaties), architectural drawings or city plans,  paintings or other forms of artwork, images, or objects (such as clothing or an early automobile).

This guide lists, by large categories, the databases that Miami University Library has purchased or subscribes to that are of interest to Humanities scholars. Other scholars in other disciplines may find some useful databases here as well.

Many other good resources besides these can be found on the Internet. This guide could not possibly adequately list most of those resources. For other suggestions on web-based primary sources, many of which are free, see the individual subject guides created by Miami's Librarians.